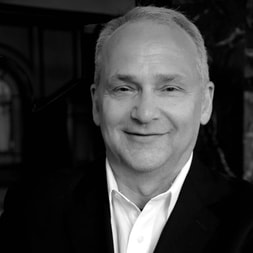 Born in a Midwestern steel town 30 minutes from downtown Chicago, Jim looked up to his older brother who played guitar in a local band. At a young age, Jim realized the band's gear and their sound were about the coolest things in the world.

The other imprint on his impressionable young mind was the advice that writing your own songs was the only real path forward. And so began the life-long obsession with making music.

​With a cheap guitar, two cassette decks and some parts from Radio Shack, Hewitt built a small mixer. With more passion than skill, he recorded music on one deck, played it back while performing the next take, then captured both sources into the second cassette deck. Repeated the process until the original was barely audible. The sound was awful, the songs were terrible, but the experience was invaluable.

Fast forward to an engineering degree in college and most importantly, meeting people with the same drive and passion to pursue a career in music. What followed was a record deal, opening slots in arenas, a major label album that sold about five copies and an MTV video that was played once at about 3:30 am on a Monday night.

Fast forward yet again through raising a family and a successful executive career in the technology field. Now Jim Hewitt finds himself writing music full time, on the path to his greatest success yet as a songwriter and producer. He’s still a guitarist, synthesizer geek, an animal whisperer, and most importantly, still a lover of sound.